Uría Menéndez has been named Law Firm of the Year 2019 in Spain by the British directory Who's Who Legal.

Uría Menéndez has been named Law Firm of the Year 2019 in Spain by the British directory Who's Who Legal. The firm has received the award every year since 2006. The ceremony, held in London, was attended by Uría Menéndez lawyers Frederico Romano and Santiago Puente. 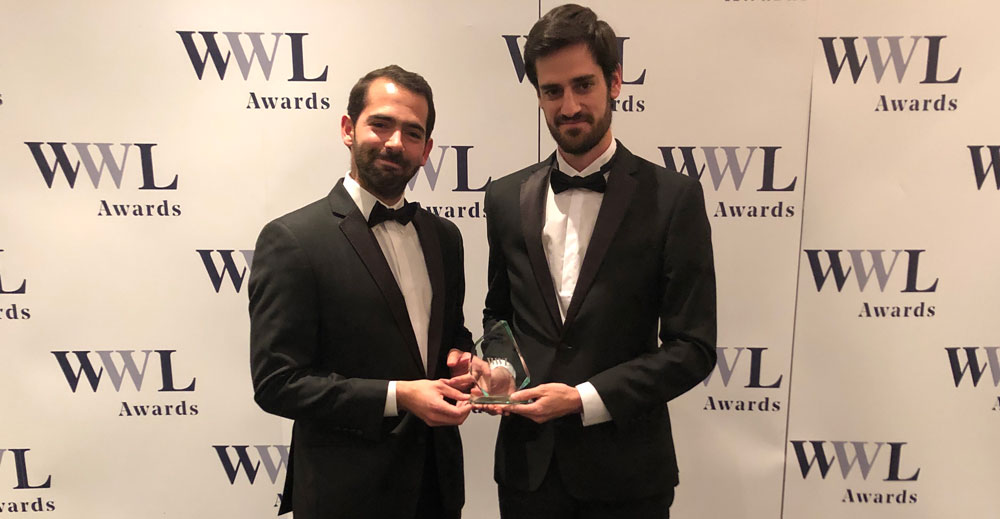 This award is the result of the analysis performed by Who's Who Legal researchers, who collect and evaluate responses and votes of lawyers, clients and experts from an array of analysed sectors. With 69 outstanding lawyers, Uría Menéndez received more nominations from clients and competing firms than any other firm in Spain.

In addition, the International Tax Review (ITR) awards were held at a ceremony in London that was attended by Uría Menéndez partner Miguel Morales. The ITR recognised two transactions —for their tax aspects— in which the firm participated: advice on the acquisition of Abertis by Atlantia and ACS; and advice to Blackstone on the acquisition of Banco Popular's real-estate assets.

The ITR recognised the joint work carried out by Uría Menéndez and its Best Friends network, awarding it the European Tax Policy Firm of the Year award.