The Chambers Diversity & Inclusion Awards were organised by the prestigious British directory Chambers and Partners and were created to recognise best practices in diversity and inclusion matters, as well as the lawyers – either in law firms or in-house – who play a major role in promoting these initiatives. 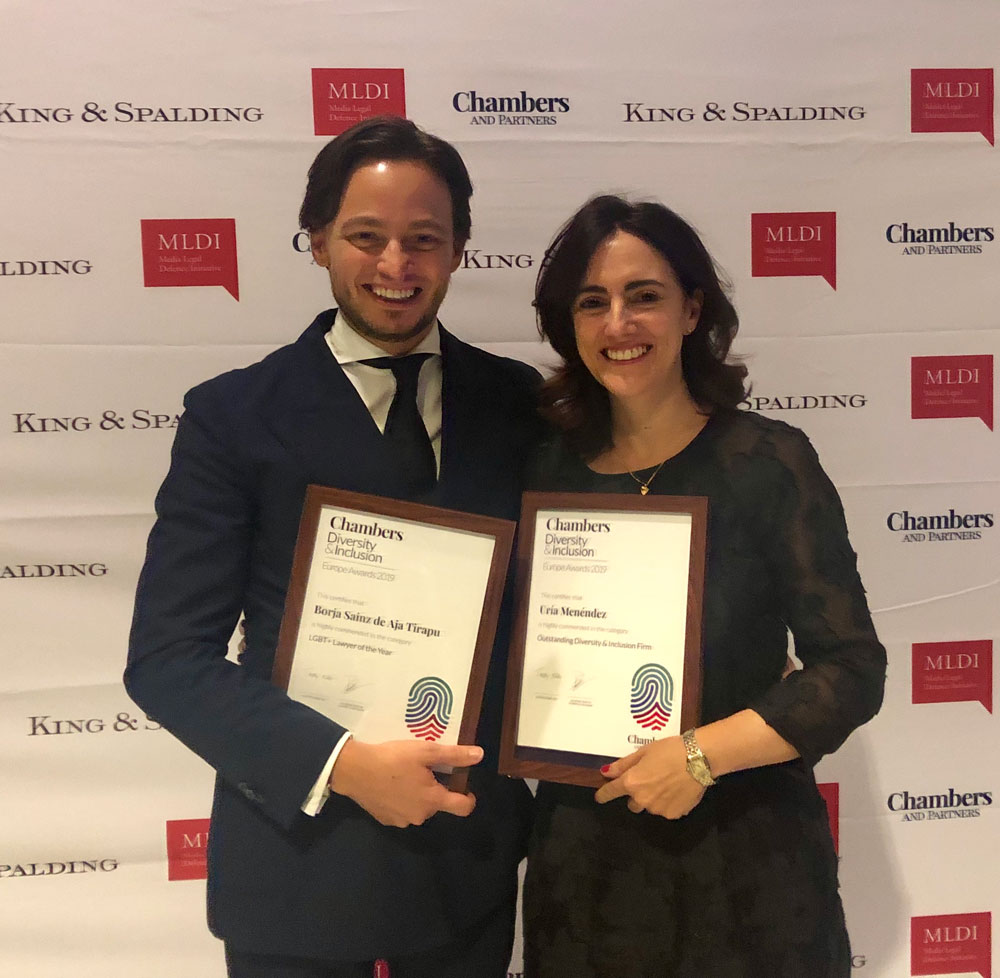 Chambers recognised Uría Menéndez’s good practices in promoting the development of talent within the organisation – a diverse array of talent whose management should likewise be diverse. UM’s initiatives in this area are found in the Plan de Desarrollo del Talento Profesional.

Created in 2015, the programme’s objective is to attract the best lawyers and accompany them throughout their professional development, with measures following three main themes: promoting work-life balance, with a special focus on flexibility; facilitating cultural exchange through communication, training and evaluation; and establishing continuing professional development programmes. Gloria Marín collected the award on behalf of the Firm.

Borja Sainz de Aja, meanwhile, received the LGBT+ lawyer of the year award for his contributions to the integration of Uría Menéndez’s LGBT+ members. The directory highlighted how Borja has boosted Uría Menéndez’s LGBTI & Allies Desk, a pioneering initiative in the Spanish legal market that was launched two years ago to “encourage recruitment, retention and development of diverse talent, creating an inclusive environment and promoting socio-professional development”.

In only two years, the LGBTI & Allies Desk has promoted internal and external networking by participating in the main business forums in diversity and LGBTI-inclusion matters. In 2018, the Firm created the Asociación Red Empresarial por la Diversidad e Inclusión LGBTI+ (REDI), sitting on its board of directors. The LGBTI & Allies Desk also seeks to spread awareness and knowledge of LGBTI-diversity matters in the Firm through the Programa de Aliados.