Mario Barros, a partner at Uría Menéndez, was today appointed by the Firm’s Management Committee as the head of the Labour practice area. He is replacing Ignacio García-Perrote, who on 28 November was appointed as a judge of the Labour Chamber of the Supreme Court and who led the department since 1999.

Mario Barros joined Uría Menéndez in 1996 and has been a partner since 2008. He holds a Law Degree from the Universidad de Salamanca, studied at Stiftung Maximilianeum Ludwig Maximilian Universität in Munich, Germany and obtained a diploma in Labour Law Practice from the Escuela de Práctica Jurídica of the Universidad Complutense de Madrid. 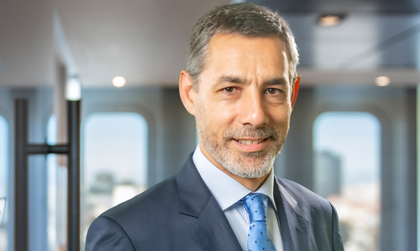 He has extensive experience in all kinds of labour matters, is the author of numerous legal articles and has contributed to a great many academic works. He has taught as an associate professor at the Universidad Carlos III de Madrid and is currently teaching at ICADE. He also features in the main international legal directories (Chambers & Partners, Who’s Who, Best Lawyers, etc.) as an expert lawyer in Spanish labour law.

The practice area will continue to maintain close relations with the academic world, with Jesús R. Mercader, a Professor of Labour and Social Security Law at the Universidad Carlos III de Madrid, having joined the Firm this year. Mercader, an expert on the impact of the digital economy on labour relations, has focused his most recent research on the future projections of labour institutions and particularly on the impact of digitalisation and robotisation.

According to Salvador Sánchez-Terán, the Firm’s Managing Partner, “the appointment of Mario Barros, an excellent professional who has come up through the ranks at this very firm, will maintain the quality and prestige of the Uría Menéndez Labour practice. We sincerely thank Ignacio García-Perrote for his enduring contribution to the firm for so many years and we wish him the greatest success at the Supreme Court. ”

Uría Menéndez is a leading law firm in the Ibero-American market with 14 offices located in the most important financial centres in Europe, the Americas and Asia. Founded in 1946, it has over 550 lawyers who advise on Spanish, Portuguese and EU law in business-related matters and covers the full spectrum of industry sectors.