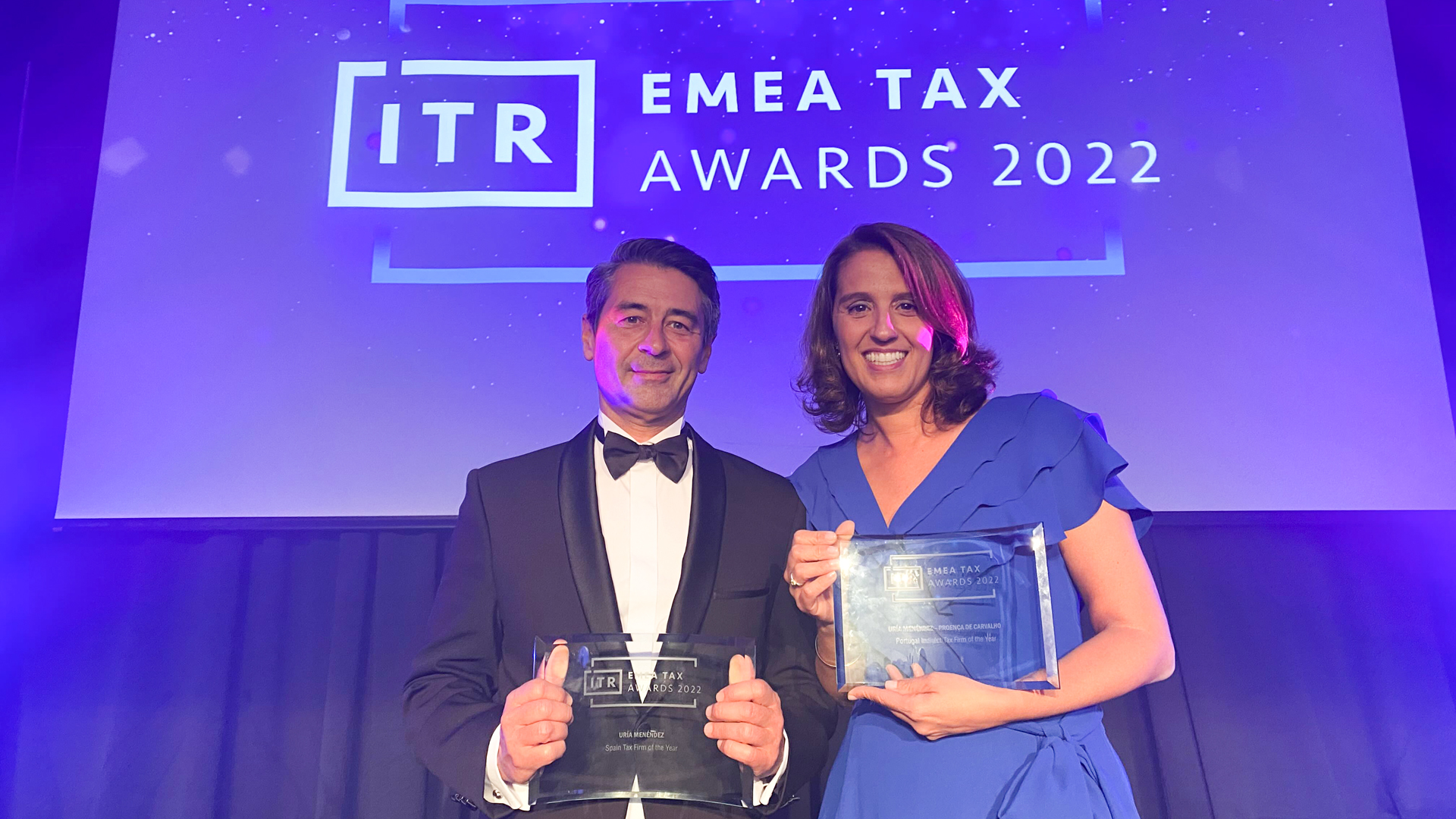 Uría Menéndez has been named Spain Tax Firm of the Year for the third year in a row by the prestigious British publication International Tax Review (ITR) in the 2022 edition of its EMEA Tax Awards. Six other Spanish and international law firms were in the running for it.

Partners Victor Viana and Marta Pontes were in charge of collecting both awards in recognition of the firm’s strength and leadership in tax matters in both Spain and Portugal.

International Tax Review is one of the most widely read and respected international publications offering news and analysis of tax policy and advice. For its awards, the editorial team takes into special consideration the size of a firm’s tax practice area as well as the complexity and innovation of its transactions and deals.