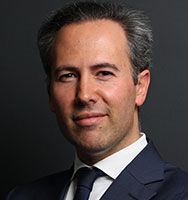 Uría Menéndez begins 2015 with the incorporation of Daniel Sarmiento, former legal secretary at the Court of Justice of the European Union, as a consultant in the Madrid office on competition, administrative and European Union law.

Daniel Sarmiento has worked in Spain’s General State Administration (2004-2006) and at the Court of Justice of the European Union (2007-2015), working alongside Advocate-General Dámaso Ruiz-Jarabo Colomer. Recently, he worked closely with Advocate-General Pedro Cruz Villalón, who has of late issued far-reaching decisions approving the European Central Bank’s purchase of public debt.