Uría Menéndez is the firm with the most award-winning lawyers at the fifth edition of the awards. 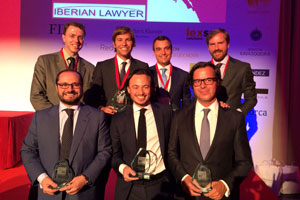 Throughout the history of the awards, Iberian Lawyer has given awards to 22 lawyers of Uría Menéndez, making it the most successful firm since its first edition in 2007.