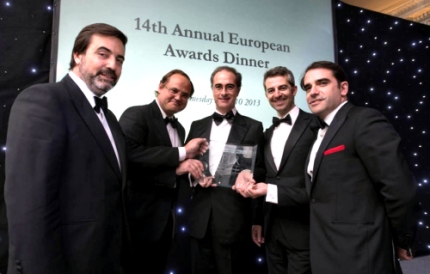 The awards ceremony took place on 10 April in London and was attended by representatives of numerous law firms and multinationals. Duarte Garin, managing partner of Uría Menéndez - Proença de Carvalho, said when he collected the award: “This award, which only three other law firms in Portugal have received in eight years, recognizes not only the great year we have had, but also the firm´s track record in over ten years in Portugal, and that fills us with pride”.

There are over 80 lawyers in the Lisbon and Porto offices focused on the areas of Corporate, M&A, Finance, Banking, Capital Markets, Real Estate, Tax, Labour, Competition, New Technologies, Public Law and Dispute Resolution (Arbitration and Litigation).