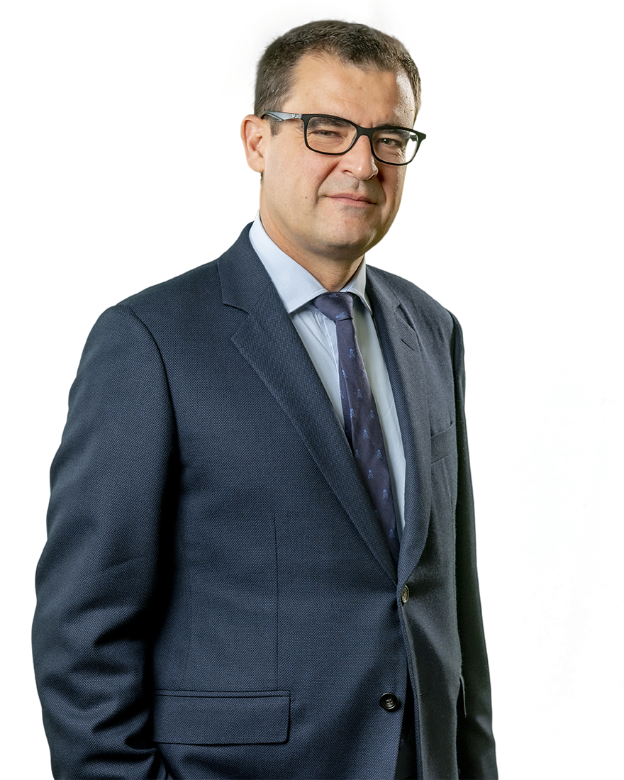 Alfonso Gutiérrez is a lawyer in the Madrid office of Uría Menéndez. He joined the firm in 1999 and became a partner in January 2005. He is currently a member of the EU and Competition Law Practice Area.

His practice focuses on EU and Spanish competition law. He is regularly asked to advise on EU and Spanish mergers in a variety of sectors, such as banking, energy, telecommunications, aviation, industrial products and pharmaceuticals.

Alfonso frequently acts in litigious matters concerning the individual or collective abuse of a dominant position and the conclusion of restrictive agreements. He intervenes on a regular basis in proceedings for infringements of Article 102 of the EU Treaty and Article 2 of the Spanish Competition Law.

He also regularly represents clients before the European Commission in State aid cases.

He has been recognised as a top competition and antitrust lawyer by Chambers Global and Chambers Europe since 2002. The Legal 500  and Who’s Who Legal have also listed him as a recommended lawyer since 2010.

Alfonso is a regular speaker and commentator at law seminars and conferences pertaining to his field of expertise.