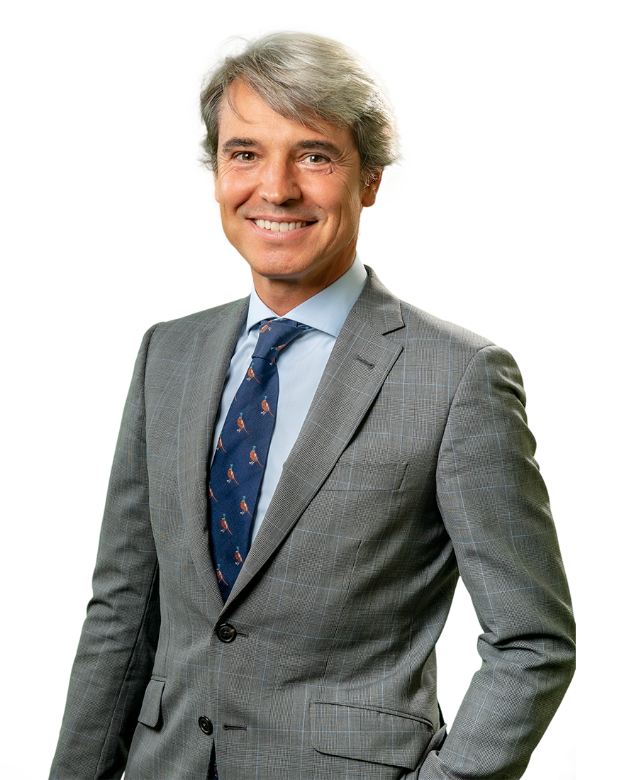 David García-Ochoa is a lawyer in Uría Menéndez’s Madrid office and head of the Bureau francophone. He joined the firm in 1991 and was based in the Barcelona office between 1997 and 1999 and in the New York office between 1999 and 2000. He has more than 30 years’ experience of advising domestic and foreign companies on M&A, banking and finance, and securitisation transactions.

The main international directories, such as Best Lawyers in Spain, Chambers & Partners, Who’s Who Legal and IFLR 1000, consider him a leading lawyer. He was also commended for his involvement in transactions highlighted in the 2016, 2017 and 2018 editions of the Financial Times Innovative Lawyers Report for innovation in M&A.

He has been a speaker on commercial law in seminars organised by the Universidad Pontificia de Comillas, ICADE, in Madrid and has collaborated in various case studies with the University. He has also taught on the Master’s Degree in Business Legal Advice at the Instituto de Empresa. David has been lecturing on commercial law, banking and capital markets at CUNEF since 2008 and at Universidad Complutense in Madrid since 2021.

He regularly participates as a speaker and commentator at seminars and conferences on his field of expertise.