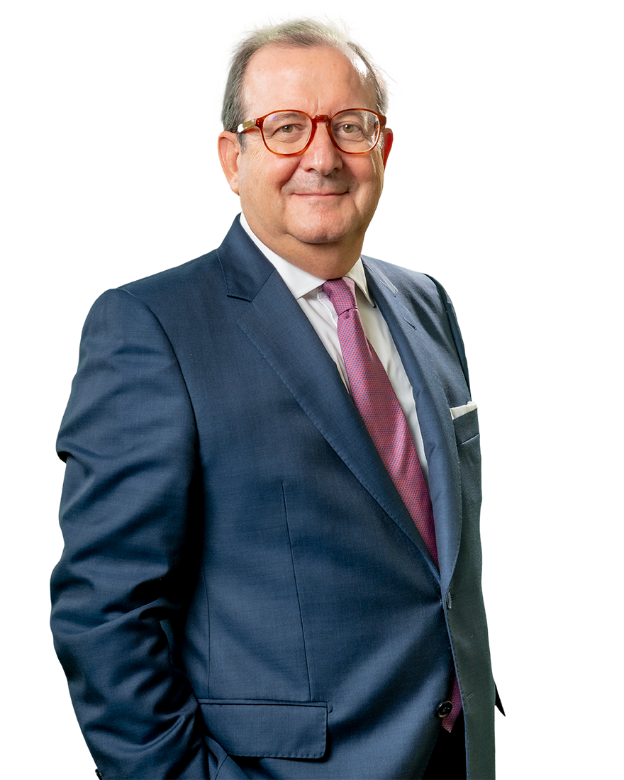 Jaime Folguera is based in Uría Menéndez’s Madrid office. He joined the firm as a partner in 1993, having been an EU legal affairs advisor to several Spanish government agencies. He currently heads the Competition Law Practice Area.

His practice focuses on EU and Spanish competition law, and is regularly asked to advise on EU and Spanish mergers in various sectors, such as banking and insurance, energy, telecommunications, pharmaceuticals and basic industries.

Jaime is often consulted on cases related to horizontal agreements, distribution, individual or collective abuse, and State aid. He is frequently involved in proceedings before the European Commission, the Spanish Competition Authority and other regulatory agencies, as well as before the European Union and Spanish courts.

For several consecutive years, Jaime has been named a Leading Individual in Spain for both competition/antitrust and pharmaceuticals by the major legal directories (including Chambers Global, Best Lawyers, Global Competition Review: Who’s Who Legal: Thought Leader - Competition 2021).

He is a regular speaker and commentator at law seminars and conferences pertaining to his field of expertise.