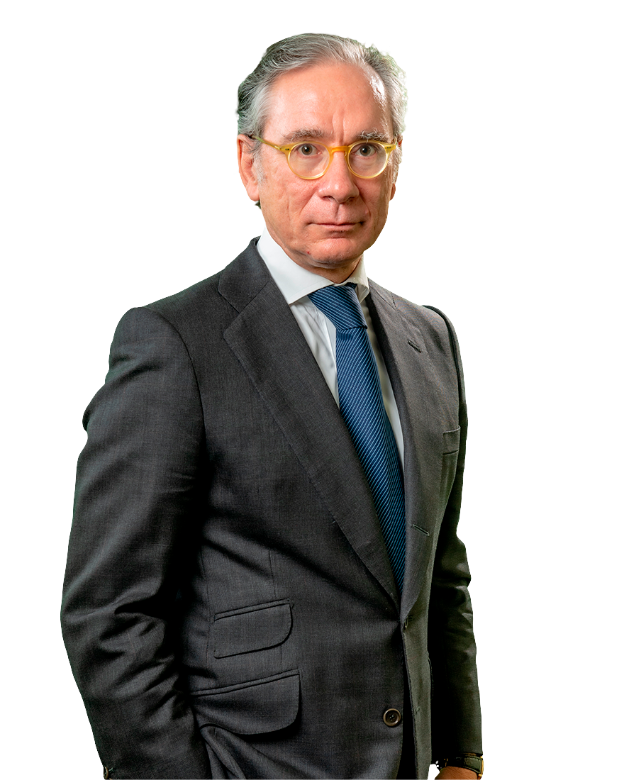 José is a lawyer in the Madrid office of Uría Menéndez. He joined the firm in 1993 and became a partner in 1995.

José regularly advises and represents multinational innovative pharmaceutical laboratories and other foreign and domestic innovative companies in sectors such as electronics and microelectronics, software, food, textile, homecare, education and learning before regulatory bodies and courts in proceedings for the protection of patents, trademarks, industrial designs, copyright, know-how and other intellectual property rights.

José also counsels market leaders of the telecommunications, pharmaceutical, electronics, financial services and food and drinks sectors in litigation and non-litigation matters (including the issuance of legal opinions) regarding unfair competition and advertising issues, including passing-off, gaining unfair advantage from the reputation of others, misleading practices, sales below cost, protection of trade secrets, misappropriation of trademarks and getting ups.

José’s advice extends to commercial law related issues as well, including corporate matters, contracting and issuance of legal opinions. He specialises in drafting software contracts and contracts for companies engaged in the IT business, including content and technology development and licensing, e-commerce, advertising and distribution, and has participated in the design and drafting of the corporate legal policies and standard conditions of the leading Spanish on-line service providers.

In 2007, José was the Chairman of the second Chamber of the Jury on the self-regulation of advertising. He was also the Chairman between 2000 and 2004.

José has been recognised as one of the leading European experts in Intellectual Property Law by top International legal directories including Chambers Global, the European Legal 500, PLC Which Lawyer? Yearbook, European legal experts, and Who’s Who Legal 2007 Patents.

José is a Chaired Professor of Commercial Law. He is a regular lecturer at various universities both in Spain and abroad and is a regular speaker and commentator at law seminars and conferences.